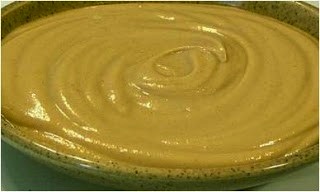 Tahini can be prepared homemade or purchased at a Middle Eastern grocer in a can. It is called tahini or tahina, depending on the region.

Preheat oven to 350. Toast sesame seeds for 5-10 minutes, tossing the seeds frequently with a spatula. Do not allow to brown. Cool for 20 minutes.

Pour sesame seeds into food processor and add oil. Blend for 2 minutes. Check for consistency. The goal is a thick, yet pourable texture. Add more oil and blend until desired consistency.

Tahini should be stored in the refrigerator in a tightly closed container. It will keep for up to 3 months.

black pepper and cumin to taste

Focusing on value, it does not get much better than Ad Astra Acupuncture, just off  Mass on 12th Street across from South Park.

Treatments are $15-$35 (suggested donation) … You decide! There is no pressure to pay the max as employees pay no attention to the amount, tossing the bills into a drawer without counting. Honor System … WHAT A CONCEPT!

Needles are sterile and not reused. There are a number of recliners in each of two “group” rooms and there is no disrobing for the introverts out there. All you do is show up, pay, and grab a recliner. When the therapist enters, they ask how you are doing, then place needles in your arms, legs, hands, feet, and head. After 30-60 minutes (or more if you like), Nick or Ann, who are both wonderful, remove the needles and send you in your way.

I have been going for about 6 weeks, I am feeling much better, and my back pain has almost entirely disappeared! There is little if any pain involved and only when needles are inserted. The slight sting disappears quickly and you can then focus on relaxing, a wonderful byproduct of the treatment.

Read this review and many others on Yelp!

I joined Genesis after a miserable, humiliating experience at The Summit, which is just a couple blocks from our home in Old East Lawrence, yet eons away in terms of values and how they treat their customers. I was hoping Genesis would be focused more on compassion, integrity, dignity, and respect, but I am starting to have my doubts.

I was lured into signing a one-year contract, an obsolete practice in the fitness industry for decades, by a young salesman who told me that my “wife can join for just $10 extra per month”. Considering that my monthly payment is close to $50 per month, that information sealed the deal and I joined that day.
When I finally talked my wife into joining after years of begging, we went to sign her up ONLY TO BE TOLD BY LISA THAT IT NOW WOULD COST $20 per month … NOT the $10 I was quoted before enrollment. Lisa, the young, female manager, did not offer to honor the price we were originally quoted, but instead offered a two-week trial membership available to the public at-large. 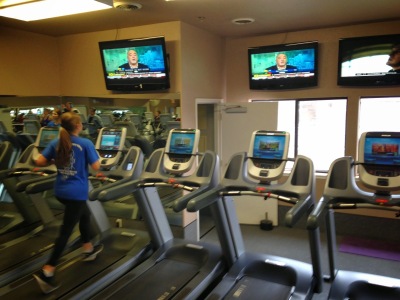 I informed Lisa about the poor public perception of Genesis’s practices, particularly on Yelp where I am an Elite ’14 member, but she did not seem in the least bit concerned, a potentially fatal flaw for a business in a college town like Lawrence where students use Yelp (and other social media apps), making or breaking most small, local businesses.
I am considering canceling my membership due to false advertising and breach of (oral) contract, but will wait to see if my wife wants to join and if GENESIS HAS THE INTEGRITY to honor the price quoted prior to enrollment.
GENERAL COMMENTS: 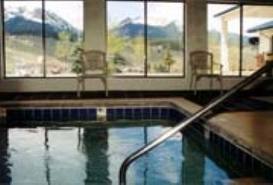 1) Even though $50 per month is the most expensive gym membership in Lawrence by far, Genesis offers fair value due to the fact that the other fitness centers in town do not compare in terms of facilities, equipment, amenities, and classes offered. The equipment, while somewhat dated and dirty, is sufficient in number to accommodate patrons without having to wait and the classes (yoga, spin, Pilates, cross fit) offered are abundant and varied enough to fit anybody’s schedule.
2) With only one drinking fountain at the Lawrence – South facility, with a prostate problem at that, BRING YOUR OWN WATER … filling your bottle in the bathroom with the smell of poop lingering in the air is disgusting! A couple of Culligan water dispensers in one of the back exercise rooms would cost $100 a month at most, increasing sanitation and hydration for customers.
3) The men’s locker layout in the Lawrence – South location is sub-optimal in that there are only two benches and they are situated by the entrance so that traffic to the shower and toilets must pass between the benches and lockers, a logistical nightmare for the few people lucky enough to have a seat and one of the sparse number of lockers available.
4) The Lawrence – South facility has only two showers and no sauna, steam room, or whirlpool, so exercise is all you are going to get there. The North facility has all three, but the steam room is never hot enough, the sauna is broken more times than not, and the whirlpool, beside being a little too hot, is so chlorinated that it burns the eyes and lungs.

Beside the concerns addressed above, I was pleased with my membership even though both facilities are somewhat dirty, until I found out I was lied to during the registration process. As a retired military officer, honor and integrity are paramount in my life and I do not frequent businesses which fail to practice those core values. We will see if Genesis holds the same values and whether or not they choose to DO THE RIGHT THING, honoring the price I was quoted prior to enrollment.
UPDATE  – April, 2 2014:
Sad … not for me, but for the shortsighted owner of Genesis- Lawrence. Not only will Lawrence South Manager Lisa NOT HONOR THE PRICE I was quoted before signing-up, she had the nerve to insinuate that I, a retired military officer, Veteran, and customer, was trying to game the system! Extremely be ad decision on her part.
I will pay the additional $10 per month over what I was quoted before signing the contract because $10 is not going to break the bank and I do not want to go through the hassle of suing Genesis for Breach of Contract. Genesis, on the other hand, now has a very unhappy customer, one who has provided them with FREE AND MOSTLY POSITIVE check-ins, tips, and reviews up until now. As I told Lisa, I cannot in good conscience continue to support a business that neither treats customers with dignity and respect NOR DOES THE RIGHT THING … IT IS CALLED INTEGRITY FOLKS!
CombatCritic Gives Genesis Health Clubs (Lawrence, Kansas) 2 OUT OF 10 BOMBS (based on the lack of truthfulness prior to enrollment and poor customer service) AND THAT IS GENEROUS … BOMBS ARE GOOD!

Until our WHITE HOUSE PETITION reaches 150 signatures, it will not be publicly viewable on the Open Petitions section of We the People (the White House Petitions webpage), so be sure to share these URLs with all of your friends and followers:
Short: http://wh.gov/oKbz
URL: https://petitions.whitehouse.gov/petition/help-end-military-suicides-and-negative-stigmas-surrounding-ptsd-and-mental-health-treatment/DTjdBHdY
Petition Verbiage:

More of our men and women in uniform die by their own hand than are killed in combat! Nineteen (19) military/veterans commit suicide each day and post-traumatic stress disorder (PTSD) is a factor in many of those deaths.
Military men and women DO NOT HAVE THE CONFIDENTIALITY available in the private sector when seeking treatment for their problems (e.g. PTSD, depression, anxiety), causing negative PTSD and mental health treatment stigmas. Because troops fear losing their career or security clearance, they REFUSE TO SEEK TREATMENT, many killing themselves instead.
END THE STIGMAS NOW, today, by giving confidentiality to our military, before one more hero dies by his or her own hand!
Read more in The CombatCounselor Chronicle:  http://combatcounselor.blogspot.com/2012/12/article-stigmas-killing-american-heroes.html
WE NEED 100,000 SIGNATURES BY APRIL 12TH, 2013 IN ORDER FOR THE PRESIDENT TO TAKE ACTION, SO GET THE WORD OUT NOW:
Facebook Post:

More of our men and women in uniform die by their own hand than are killed in combat! Nineteen (19) military/veterans commit suicide each day and post-traumatic stress disorder (PTSD) is a factor in many of those deaths.
Military men and women DO NOT HAVE THE CONFIDENTIALITY available in the private sector when seeking treatment for their problems (e.g. PTSD, depression, anxiety), causing negative PTSD and mental health treatment stigmas. Because troops fear losing their career or security clearance, they REFUSE TO SEEK TREATMENT, many killing themselves instead.
END THE STIGMAS NOW, today, by giving confidentiality to our military, before one more hero dies by his or her own hand!

Read more here: http://combatcounselor.blogspot.com/2012/12/article-stigmas-killing-american-heroes.html
Please SIGN OUR WHITE HOUSE PETITION to end military suicides and the negative mental health and PTSD stigmas in the military by clicking on the link below.
IF YOU REALLY APPRECIATE AND SUPPORT OUR MILITARY MEN AND WOMEN, SHARE THIS POST WITH ALL OF YOUR FRIENDS…NOW!
https://petitions.whitehouse.gov/petition/help-end-military-suicides-and-negative-stigmas-surrounding-ptsd-and-mental-health-treatment/DTjdBHdY
Twitter Tweet:
Help end military #suicides and the negative #stigmas surrounding #PTSD and mental health treatment in the #military http://wh.gov/oKbz