We shared the biscuits and gravy (full order – $4; half – $2), a large portion on 4 biscuit halves smothered with white (country) gravy with chunks of sausage. The biscuits were fresh and the gravy was decent, lacking flavor and needing some added salt and pepper. My mom also ordered a rash (side) of bacon ($3.79), seeming a bit overpriced for just four pieces of bacon.

I ordered the Kitchen Scramble (full order – $8.29), scrambled eggs, onion, home fried potatoes, and cheese topped with two pieces of bacon. There was plenty of food, but it was mostly potato chunks (home fries) that had an earthy (root vegetable) taste. The potatoes could have used some seasoning. I have had scrambles at many breakfast restaurants and this one was subpar when compared to some of the better eateries.

The menu is not as “cheap” as other reviewers indicated, but the food was decent, hot, and served quickly. Not one of the greatest or least expensive breakfasts I have ever had, but a fair value.
CombatCritic Gives Jill’s Kitchen 5 Bombs Out of 10 … BOMBS ARE GOOD! 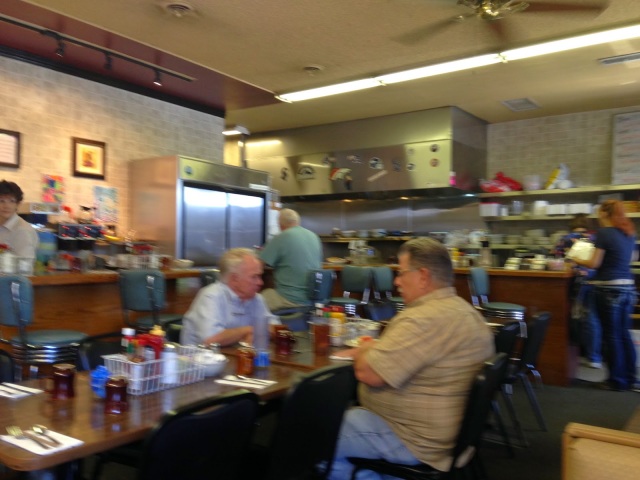 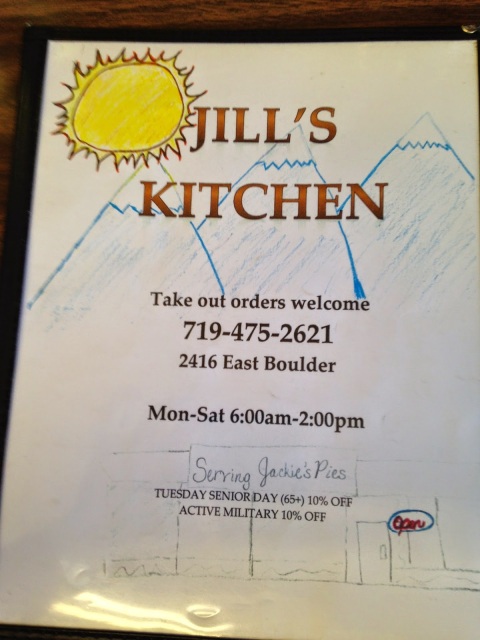 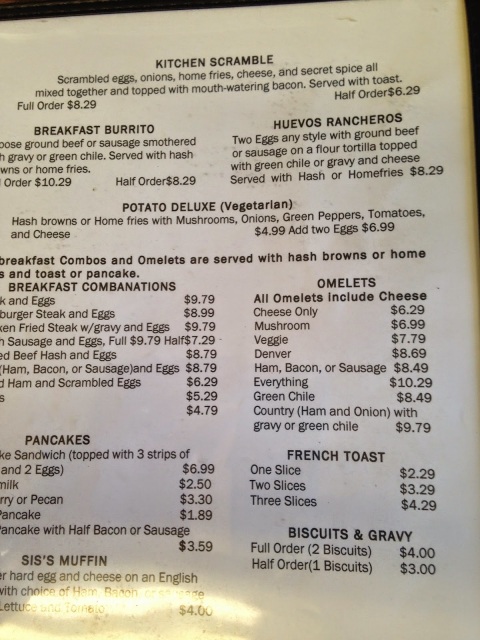 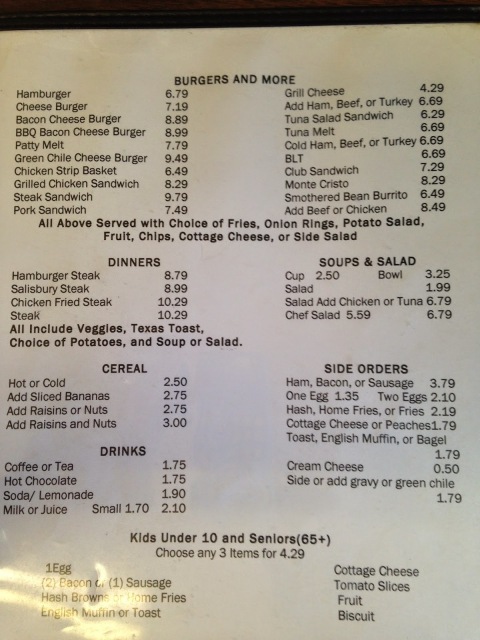